Qigong and Tai Chi are Chinese practices of moving meditation. Qi (also called Chi) is the core concept of Tai Chi and Qigong. Consequently, it is the life force energy that flows throughout the body. Empathetically, it moves through pathways known as meridians. Qi energy animates all living things. This connects us to the universe and everything in it. So unsurprisingly, blocked Qi energy manifests in one’s life as illness or feeling unwell. Tai Chi and Qigong both contain Yin and yang. Specifically, Chinese Medicine believes that yin and yang make up the whole Universe. Surprisingly, both of these opposing elements complement each other. Simultaneously, they need to be in harmony for balanced health and well-being. Not only in the body, but throughout the entire Universe. Ultimately, there are both based on imitating nature through simple, fluid movements.

Additionally, both Tai Chi and Qigong highlight relaxation and slowness. These methods restore balance and flow to the body’s energy systems. They also create harmony between the inner and outer self. Markedly, they differ primarily in form and posture. How they manipulate Qi energy is different too. Qigong literally means “life energy work.” Specifically, Qigong cultivates all levels of health. Qigong dates back several thousand years. It was originally practiced by shaman priests in China. Qigong was First documented in the Huang Di Nei Jing, in the Yellow Emperor’s Inner Canon. This text was written around 2600 BC. Chiefly, Qi is regarded as the primary source of health or disease in this theory. In Qigong, the body’s energy systems are restored. Ultimately, this happens through meditation, controlled breathing, and simple movement exercises.

Some Key Differences in Tai Chi and Qigong

Similar to Qigong, Tai Chi focuses on the balance and flow of Qi energy. In short, when practiced at a faster speed, it becomes a form of self-defense. A Tai Chi form consists of whole-body movements. Much like in other martial arts. These forms cultivate Qi energy. That energy flows smoothly throughout the body. Through movement and breathing, Tai Chi integrates the mind with the body. It incorporates concepts such as looseness, serenity, and mindfulness. As a low-impact exercise, Tai Chi is practiced in very slow motion. Thereupon, making it accessible to people of all ages. In addition to treating many health problems, it strengthens and balances many muscles.

SpiritQuest Sedona Retreats offers private Tai Chi and Qigong sessions. These exercises make the perfect complement to any personal retreat. Please inquire with the office regarding current session availability. 928-282-2509. And don’t miss out on our BioBoost Session 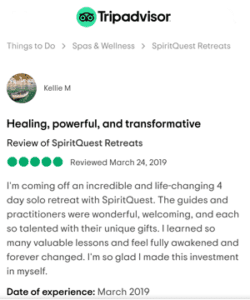