Neo-Shamanism refers to new forms of shamanism. It usually means shamanism practiced by Western people. Neuroscience is any or all of the sciences, such as neurochemistry and experimental psychology, which deal with the structure or function of the nervous system and brain. And the people who study the brain tell us that conscious awareness consumes a tiny fraction of the resources available. That means the massive power of our very large brains is mostly dedicated to “unconscious awareness.” So the fundamental question here is this: are you running the 99%, or is the 99% running you? Especially when we are talking about couples.

The brain scientists also tell us that much of this unconscious awareness is emotionally driven, and primarily dedicated to protecting the organism . . . constantly scanning our environment for threats and danger. It scans for threats to our physical being, our social position, and our emotional well-being. Many people are constantly scanning for threats perceived as coming from their partners. If you are doing this, it means that your relationship is in trouble already. Yet, there are shamanic ways to heal. Emotions are beautiful things. Included among them are love, joy, happiness, gratitude, reverence, delight, awe, wonder, contentment, connectedness, and a sense of deep belonging. Spending most of your time in these emotional states feels like Enlightenment and Heaven on Earth.

The big problem with emotions is that for the most part, they are coming from the unconscious mind. That causes triggering, projection, or some primal fear of death. That’s what it really is, isn’t it? You’re afraid of death, yet you know it’s coming and there’s nothing you can do about it.

Another problem with emotions is that they usually happen too fast for us to process them in rational, balanced ways. Anger, sadness, or any of the other “negative” emotions can just overwhelm you in an instant. Uncomfortable emotions are something most people avoid if at all possible. They choose to shove them down into the unconscious mind instead. This ultimately causes much bigger problems.
And right there is the key to the whole thing!

Slowing Down, Meditation, and Neo-Shamanism If you can slow your emotions down, (through meditation for example) you can process them much more effectively and maintain your perspective. When you first begin to practice meditation, you will encounter these uncomfortable negative emotions fairly quickly. In order to make progress, you must be willing to sit with each of them and discover what lies beneath them. What’s more important is what happens if you do this: you can actually change the programming of your unconscious mind. In effect, you are training the subconscious mind to scan for miracles instead of threats.

This reprogramming is possible because of what scientists call neuroplasticity. It’s the remarkable ability of the human brain to form new connections. Shamanism is a guide to a deeper awareness of our triggers and inner programming.

Scanning the environment for miracles, instead of threats, is how the awakened mystic walks in Heaven on Earth. It’s because they see miracles everywhere. These miracles are just as real, as valid, and as important as the tragedies of life. In fact, even your death becomes part of the miracle of your life. The difference between the mystic and everyone else is that the mystic has surrendered their ego and given themselves completely to life . . . they’re all in 100%. Where most people sit on the edge and dip their toes in the water, the mystic dives in head first and starts to play. “Couples who communicate effectively tend to have highly successful marriages.” What’s that got to do with couples therapy? It turns out that our brains are also wired at birth for connection and bonding. The first thing a newborn baby recognizes is the human face. It instinctively and immediately begins to scan for human faces from the moment its eyes are all the way open. It literally strives to bond with other people. It’s only later in life that we get cynical about love.

As adults, we get over our initial infatuation with a new lover pretty quickly. Some people flee every relationship immediately after the infatuation phase. If you choose to stay beyond infatuation, that’s when the most important phase of any relationship actually begins. The key question being asked by the unconscious mind during this phase is simply this: “Can I REALLY trust you… or will you leave me alone in pain when that time comes? Because I know that it absolutely WILL come. When I look into your eyes, I need to know for certain that my pain matters to you”. We’ve actually seen couples where one partner will create trouble in a desperate attempt to find the answer to this crucial question.

That’s because we all know deep down in our genetic memory of the primeval forest that if we’re calling for help, and no one is coming, we’re in serious trouble. As well, we just might be lost forever. Isn’t that what’s really eating away at you? Don’t you wonder in your darkest moments, “Just how alone am I? Does anyone really care? And what will become of me?”

Bonding to Others for Joy Before you sink into despair, remember that I’ve already given you the good news. You were born ready, willing, and able to bond with others. If you’ve been so wounded that you’ve lost that, the good news is that you CAN rewire your brain for connection and joy.

That’s right . . . JOY! True intimacy is totally intoxicating! It’s intoxicating because it’s really the only thing that takes the primal fear of death away and allows you to live in the moment. Emotion is the music of this beautiful dance. By attuning yourself completely to your partner’s emotion, you can improvise a beautiful dance together every day. More importantly, you can begin to heal each other’s scars, and eventually move beyond survival into creativity. Doing this makes both of you truly alive and truly free.

Part of the Miracle

You’re still going to die someday, of course. Somehow though, finding real love and not having to face everything between now and then totally alone, makes it OK. In fact, it makes it better than OK. As I’ve already said, even your death becomes part of the miracle. Moving Beyond the Trap

How we live is more important than how we die. Becoming more vulnerable is the key. It’s tragic when one partner is hiding in sheer terror that if the other really knew who they are it would be over. They’re afraid to be vulnerable, to be seen, and terrified to even look at their own wounds. While they’re busy trying to hide, the other partner is crying out in desperation, “I’m totally alone in this relationship and I can’t bear it!”

If you think about the battle they are trapped in, it’s literally a matter of life and death for both of them. well, it’s pure misery. Couples who have been trapped in this battle for an extended period actually exhibit all the signs and symptoms of PTSD. The suffering each is experiencing is a horrible thing to watch. The good news is that when you are willing to look at yourselves and embrace your partnership with commitment and love, you gain the tools to move beyond these feelings of isolation. These old feelings, in most cases, stem back from childhood.

“Discover your inner Shaman in Sedona.” It turns out that we all possess what I like to call “the inner-Shaman” (aka the soul, higher consciousness, divine awareness) that’s capable of holding these insights as we walk through life. More importantly, this inner-Shaman recognizes that you’re actually a sacred being moving through four-dimensional space and time. Neo-Shamanism is about taking full responsibility for your true Divine nature and learning to manage your energy in the modern world. 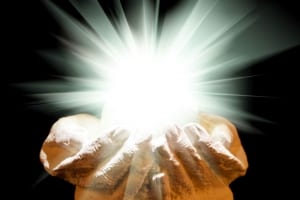 The Inner-Shaman is able to fully embrace the mysterious energetics of life. What is energetics? If you believe you can pray and that there is any possibility the Universe will shift as a result, then you already believe in energetics. It literally refers to the fact that there is a Universe and there is life within it, even though this is impossible. Read more about the embodied way.

There are little miracles and magic everywhere if you allow them. The more you allow, the more there will be. Shamanism gets you to that place within.

Enlightenment isn’t something you achieve once and then are done with it. The fear-driven ego just doesn’t let go that easy. You’ll have these “Ah-ha!” moments and we resolve to let go of our fear. At such moments you’ll feel the exhilaration of total freedom the same way a bird experiences flight. Then you’ll freak out, get scared and fall back down again. That’s totally normal.

Reaching the Higher Self Through Neo-Shamanism

The letting go . . . the giveaway of egoic self in order to reach for your higher self, begins again every morning. At least it does in the beginning. But as you start spending more and more time living in this Heaven on Earth, the day may finally come when you realize that heaven is a pretty awesome place to live. You are ready to move in permanently. You’ll know you’ve arrived when someone looks at you and says, “What planet are you living on?”

In the meantime slow down. Neuroscience and Neo-Shamanism is the working on processing your emotions. And be gentle with yourself along the way. Read more about our shamanic retreats for couples.